The hop first attracted attention not as an ingredient in beer but as a medicinal herb in early Egypt.  It was later used in Europe to treat liver disease and general digestive complaints.

Hops have a long history of use in folk medicine where they have been used to treat a variety of complaints. For example, hops are thought to have a sedative action and have been traditionally used in hop pillows for the relief of insomnia. Also, hops have been used as herbal antibiotics and were incorporated in wound salves and anti-inflammatory compresses. Hops also have a long-standing reputation for their ability to affect women’s hormonal balance, being used in hop baths to treat menstrual disturbances. The list continues, with hops being reputed to alleviate migraines, earache, bed-wetting, leprosy, travel sickness, digestive problems, kidney stones, coughing and to be an aphrodisiac for men. 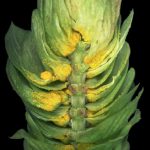 With so many cures ascribed to one plant, it is easy to see how many viewed them as ‘old wives tales’. However, over the last few years there has been a major change in attitudes. New technologies have been developed which allow the rapid and relatively inexpensive testing of chemicals (both synthetic and natural) as new cures for chronic diseases. As a result, pharmaceutical researchers have taken an increased interest in herbal remedies in their hunt for new medicines – including hops. Their results to date are very promising, and hops may have potential as a cure for several diseases including cancer. Medical research is still in the early stages and it will take time to discover if hops can become a modern medicine, but many observers believe beer is very good for you in moderation. To read more, please click here.