Hops produced in the West Midlands in the counties of Herefordshire, Worcestershire and, for a brief spell, Shropshire and Gloucestershire, cannot be isolated from the history of English hop growing. 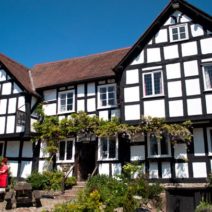 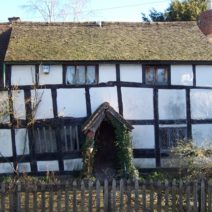 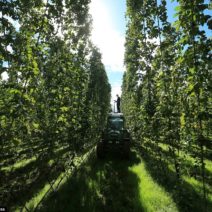 The less suitable areas, particularly to the north of Bromyard and to the west of Leominster, went out of hop production early in the present century, but the better areas, the Hereford-Ledbury-Bromyard triangle and the Teme Valley, have retained their importance to the present day. 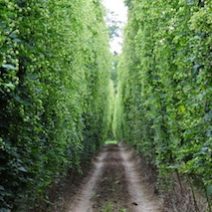 The first plantings in the West Midlands has never been established, but it is likely to be prior to 1636, for in that year there was a reference to a field in Littleton, Worcestershire, which was named The Hopyard.  The crop probably reached Herefordshire about the same time for the Victoria County History records show that hops were sold in Hereford in 1692.

Sadly, there are no records of the hop acreage in the early years, but in 1794 John Clark wrote in ‘A general view of the agriculture of the County of Hereford’, prepared for the Board of Agriculture, that ‘… hops fro a very considerable article in the rural economy and seem to be of all others the Farmers’ favourite.’  In 1840, there were stated to be some 6,000 acres and in the peak year of 1894 over 10,000 acres.

The present system of supporting the growing bine from a lattice of wirework was introduced by two Worcestershire growers as long ago as 1865.  A kiln patented by another Worcester grower before 1880 left in the hops ‘a higher percentage of oil, resin and bitter principle’ than was customary at the time. 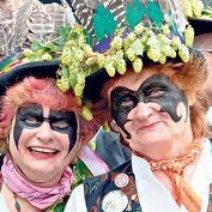 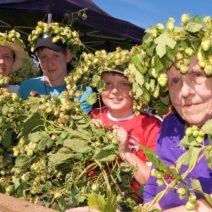 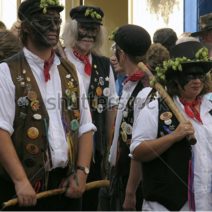 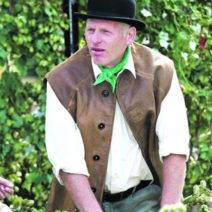 The Bromyard Hop Festival is a relatively new event for Herefordshire.  They have an excellent website with more information on the History of Hops in the Bromyard area.

We have used Endeavour, which is the daughter of Cascade, in a Single Hop beer; while it does have some of the same citrus flavour notes as Cascade, they are gentler and more complex with summer fruit flavours coming through as well – strawberry, raspberry and blackcurrant.